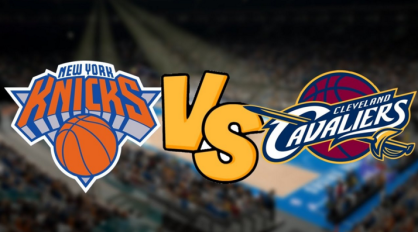 Cleveland Cavaliers vs. New York Knicks. First game back after the All Star game. NBA Trade Deadline Day. Carmel Anthony vs. LeBron James. Brother vs. Brother. Homie vs. Homie. Charles Oakley in the building. The game is at the Quick Loan Arena in Cleveland, Ohio. Crowd is hype. Looks like LeBron is ready to get this second half of the season ready. New York Knicks has an early lead. Knicks playing good defense to begin with. You can’t let Carmelo set his feet, that’s nothing but net. Courtney Lee playing good too that’s a boost for the Knicks.

The Cavaliers (also known as Cavs) went on a run late first quarter. The run started with LeBron open court dunk, then a put back dunk by Tristan Thompson, the Canadian, the rebounding X-factor machine. He finished with a Double-double: 10 points and 14 rebounds. Then, the Cavs just started pouring down 3’s from Kyle Korver and Richard Jefferson. Cavs came back from being down early with their fire power run. Carmelo Anthony made a buzzer beater 3 at the end of the first quarter, but it didn’t count. Cavs leads 34-33 at the end of the 1st quarter. LeBron balling in the second quarter and the Cavs took the lead. The blow out and beat down was about to begin. 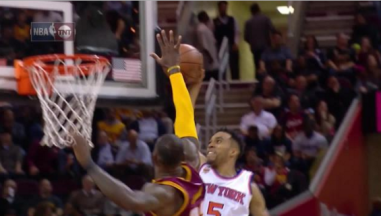 Cavs looking their normal self; they just had to get it right and oh boy, they are clicking. Kristaps Porzingis left the game with a sprain ankle; he should be okay. Carmelo Anthony finished with 20 points. Kyrie Irving and LeBron James taking this game over. The game was over in the 4th quarter, for real. Blow out as you can say. LeBron James had a Triple-double. Cavs finished strong at home. LeBron straight glassing Courtney Lee, a run down glass too. LOL, geeesh. Kyrie Irving dropped 23 points and LeBron James finished with 18 points, 15 assist and 13 rebounds — straight A glassing. A big game. 48th Career Triple-double. Cavs won, 119-104.