This game was an head scratcher. I don’t know what Barcelona players were doing before the game or planning after the game BUT their head wasn’t in the game, that’s for sure. Barcelona lead in possession in term of minutes most of the game, but I guess they was thinking about the party or woman after the game. Why? Because scoring a goose head says it all. Come on, Barcelona! you guys are better than this. Simply to say Paris Saint-German-PSG- gave Barcelona a good ole fashion backyard beating. 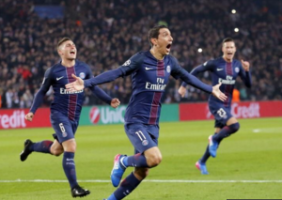 Shout out Angel Di Maria for stepping up on his 29th Birthday for PSG scoring two goals. He was going to shine this day and not let the Power house Barcelona wins this game. He scored in the 18 and 55 minutes. Lionel Messi, Luis Suarez, Sergio Busquets and Gerard Pique power house for Barcelona weren’t doing much for their team. They were not clicking I would say. I bet they are mad at each other with the way they played. They should be and play better next game.

PSG score 4 goalllllllllllls on Barcelona Forehead with two from Di Maria and the other two from Julian Draxler in the 40th minute and Edinson Cavani in the 71st minute. Barcelona got served that dinner lunch and breakfast so they tasting it and its not so good. PSG vs. Barcelona what a head scratcher! What a labyrinthine! Labyrinthine because I am puzzled. Barcelona got to do better. Valentine’s Day must of got to them. Women, Valentine’s Day, mind on one thing and not Soccer. That’s whats in Barcelona minds doing the game, I guess. Shout to PSG for saying we here too, we been here, LOL. 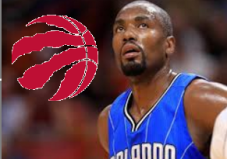 What is this news am hearing? Toronto Raptors getting Serge Ibaka aka Air Congo. He should be happy though; he is on a winning team again after being traded from Oklahoma Thunders to the Orlando Magics last summer. The Magics get Terrance Ross, a high flyer player and a first round pick. Raptor get Air Congo. They been slacking this year; they need a boost. This should give them the Big 3 of their own now with Kyle Lowry, DeMar DeRozan and Serge Ibaka. I don’t know if they give Cleveland Cavaliers fists, but they have a chance now. They have a rebounder and a shot blocker along with an offense threat. Sort of what they had last year with Bismack Biyombo BUT wayyyy better. Way more better threats to opposing teams. High power teams.

This was a Valentine’s Day steal. I see why the Magics made the trade. They didn’t want to lose Ibaka for nothing since he will be a free agent this coming off season. So smart move to get something for him. Something better than nothing before it is too late. Better get him for something than risk a chance of losing Ibaka for zero. Raptors’ fans should be happy about this. The change is here so shake it all up. Alllll the wayyyy up! They really need change after today loss to the Bulls. Good call from the front office. Ibaka about to be the energy plug for them. Lets get what spark plug he can plug out. Maybe the Raptors start playing like they did last year. They are 5th in the Eastern Conference right now.

Air Congo coming to Canada. Good trade before the All Star break. He can assimilate to the Canada ways. They are fifth in the East so that should move up quick. Give them something to look up to for the rest of the season. Want to see what Serge Ibaka do on his new team. Want to see Ibaka bring himself up to the star he was. Second half of the NBA crunch time and clutch time. Days off rest time before the 2nd half of the season. Time for big boost. Yeahhhhhhhhhh! Let’s get it am excited.

Get your mushrooms ready like Super Mario. Get ready to grow. Brainy Versatility.